Covenants Not to Compete: When is a Promise Not a Promise?

No CNC is an island

A covenant not to compete is not enforceable if it is signed in isolation. It must be accompanied with another agreement that is not primarily concerned with restraining competition between the employer and employee should the employee leave. This can be where it gets tricky for an employer. Generally, an at-will employment agreement cannot support a covenant not to compete because either party can get out of a true “at-will” arrangement at any time. That’s the point of the “at-will” arrangement. As one court put it, “it fails to bind the promisor who always retains the option of discontinuing employment in lieu of performing.” The promises, therefore, would be illusory, or optional, and would fail.

If at first you don’t succeed…

Some attempts at putting a meaningful promise in an at will contract have failed. For example, one case dealt with an agreement where the employer promised to pay the employee for service and the employee promised not to work for anyone else while paid by the employer. The court in that case found that the promises depended upon an interval of time of continued employment which was imaginary given the nature of at will employment. However, in the very same case, the appellate court found that the employment agreement had at least two promises that would support a covenant not to compete (although it didn’t find they supported that one for other reasons). First, the employer and employee agreed to provide 30 days’ notice prior to terminating the employment agreement. Second, the employee agreed, upon termination of his employment, to surrender confidential information, trade secrets and the like.

CNC can be enforced in “at will” employment agreements

Aside from being ancillary to an employment agreement that meaningfully and unequivocally limits an employer’s right to terminate an employee, covenants not to compete are generally unenforceable. However, when the employer and the employee make mutually “non-illusory” promises, such agreements may support a covenant not to compete even in an “at will” employment arrangement. The cases point to those promises not being dependent upon the duration of employment in the “at will” setting. With careful thought, it can be done. Consult your attorney when you plan on using a covenant not to compete. 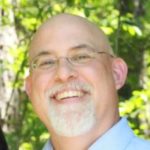 Kevin Rhyne joined the Powell Law Group, LLP as a Senior Associate based in our Tyler office. He brings the team over 20 years of experience in a wide variety of legal matters, but he has focused his career on representing small to medium sized businesses, school districts, and other entities in various legal matters.